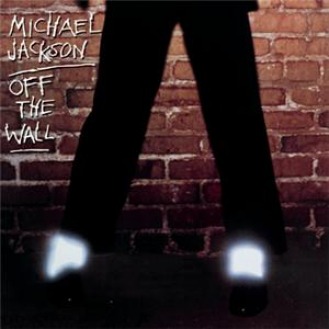 
'Off the Wall' was Michael's first solo album with Epic Records after leaving Motown in 1977. It was also his first collaboration with Quincy Jones after meeting him during filming for 'The Wiz'. ‘Off the Wall’ also became the biggest selling album of all time by a black artist, until that record was smashed by Michael's next album 'Thriller'.
It is estimated that it has sold over 20 million copies worldwide to date.

Don't Stop 'Til You Get Enough

Get On The Floor

She's Out Of My Life

I Can't Help It

It's The Falling In Love

Burn This Disco Out